6 Months and Catching Up on This Past Month

I have sat down to write so many times and I am never able to finish a post. I just don't know what my deal is. My blog just doesn't bring me the comfort it once did. Talking to friends, family, and counselors doesn't either though. I don't know why it is so hard for me to express my feelings these days either, but it is. I just can't find the words. I guess I just don't have anything to say that I haven't said a thousand times before. I am angry and I am sad. I want my children here. I want answers. I don't understand. But it is my goal to get everything that's been going on and in my mind out. So hopefully in the next few days there will be many posts from me. And I swear there will be a gestational carrier update soon.


I have been on the Zoloft for almost 8 weeks now and have met with my Psychiatrist twice since I started taking it. At the four week appt. I explained to her about all of the changes I had noticed so far. In those four weeks I had really mellowed out in terms of anxiety, which I feel really helped me in being able to focus on the fundraiser stuff. Fundraiser stuff just also really helped keep my mind occupied. Another big change that happened was with my appetite, like I didn't have one at all. I went days where I had to pretty much force myself to eat something. This lead to me losing quite a bit of weight, like down to about five pounds lighter than prepregnancy. Now don't get wrong, fitting into my old jeans that I haven't been able to wear in a couple of years is awesome, but the way I lost the weight, not so healthy. And I really want to get myself back to as healthy as possible before the egg retrieval.

I also talked to her about this inability of mine to be able to express my emotions and how I feel it is affecting the grieving of my daughter. I rarely ever cry and I still can't hardly look at her pictures. I don't really sit and blame myself anymore for what happened to her, but I also seem to have little interest in anything relating to her. I can tell you I love her. I love her so incredibly much, but my mind just wants to forget the nightmare. I think back on those first 6 months after Liam passed away. I cried nonstop. I loved looking at his pictures. I wanted to talk about him all the time. This blog gave me a place to express all my thoughts and to work through everything I was feeling. This blog also helped me to connect with so many others "who got it", when I felt so alone. I became obsessed with all things blm. Everything is just so different now. I know they are different babies and so I am going to grieve them differently and what brought me comfort last time may not be what helps comfort me this time. I also know that Liam was the first real big loss I had experienced so everything I felt was so new, so raw, so painful. My psychiatrist says that there is no doubt that I love my daughter and that she can see that I am grieving her just as hard as I did Liam, but since I have been through this before I am, in a way, a little desensitized to it all. I guess that makes sense, but I still can't help feeling like my daughter deserves more from me.


I have talked about how grief group doesn't seem to help me much anymore and so I haven't really been going. I went once by myself toward the end of September and there were all these new people there, which is totally sad in itself, but since there were all these new people with new stories of loss I just felt like I couldn't share anything.
The next group meeting was at the beginning of October. I didn't feel like going but Dereck thought it would be good to go since he was in town to actually make one. When we got there Dereck went to use the bathroom and I went ahead into the group meeting room. There were only two other people in there. One of the girls in the room just so happened to be a blm who lost her son exactly one month after I lost Liam. She came to group for about 6 months and then stopped coming, but her and I kept in contact this past year. She got pregnant with her rainbow a couple months after I got pregnant with Evelynn. Well, she gave birth to her little boy a little over a month ago. Yes, I am happy for her that her baby lived, but as soon as I saw her I could feel the sadness start to creep in. Then the other lady who was there, who I have also known from group since I first started going, had to start asking questions about her baby, and I lost it. I had to get up and walk out. I saw Dereck just as he was walking out of the bathroom and told him that we needed to leave. We saw our grief group coordinator just before she went into the room and told her through my tears that I just couldn't handle seeing that girl and that we were leaving. I felt horrible leaving because I knew that girl would know why I left.

I was always so worried talking about my pregnancy with Evelynn at group because I was afraid of how it would make others feel, but everyone was always so supportive of me. They wanted to see me bring home a healthy living baby and even wanted me to come to group after she was born if I needed to. So, in a way, I feel like an ass, but I can't help but feel angry. My baby is supposed to be here too. She sent me a message the next day telling me she too felt horrible that me seeing her upset me so much. She has every right to be at group, and now she feels horrible because she upset me by coming. We have since messaged each other back and forth about this, but I just wish this could be easier and that things didn't have to be like this.

The next day at work I was in an extra angry mood. I felt like I wanted to destroy something. I decided to get out of town and spend the weekend with a couple friends at there cabin. I actually had a pretty fun weekend and calmed down a lot. I kind of calmed down to the point though that I think it turned into plain old depression. That whole next week I didn't want to get out of bed. I just had no interest in doing really much of anything. I just wanted to sleep, and 12+ hours didn't seem like enough. I didn't want to go to work. I didn't want to be sociable with anyone. I just wanted to be alone and pout.

This past Monday then I once again ventured into the land of what should be happy times marking the day my daughter turns another month older, this month being the big ole six months:( So many of my blm friends sent me messages letting me know they were thinking of me and Evelynn. That definintely brightened those days a little. I hadn't had any dreams of Evelynn in a really long time and the ones I had in the past were bad dreams. The night of the 22nd Evelynn visited me. It might have only been a dream but it was great being able to spend some time with her.

My sweet Evelynn, I love you baby girl.

On the 23rd I had a 7 week follow up appt. with my Psychiatrist. I told her about how down I have felt lately and how the holidays being just around the corner is already stressing me out. I still have had little desire to want to talk anyone or do much of anything. I have forced myself to at least start jogging again, with a friend of course, because I have little motivation to anything exercise related alone. My appetite has also came back so the exercise is much needed since I am a major emotional eater. My psychiatrist decided that my dose of Zoloft might have affected me a lot at the bgininning but overall it was a pretty small dose and it seemed to her that I kind of plateaud with it. She decided that since I have been so down lately that my dose should be doubled. So now I am taking double what I was. So far I haven't noticed a change.

I just really need to get out of this unsociable, uncaring about much of anyone or anything state. I am sure my friends are probably getting a little tired of my negative attitude as well. I am jealous of the people who's blogs I read that have had similar losses that seem to be able to find some happiness despite everything. I am just stuck. Ugh!

"The tragedy of life is not death...but what we let die inside of us while we live."
-unknown-
Posted by Becky at 1:07 PM 12 comments: 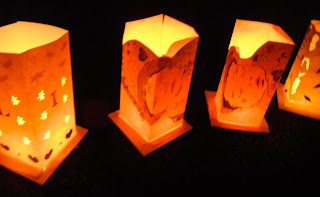 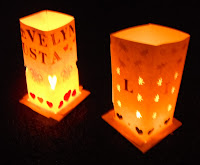 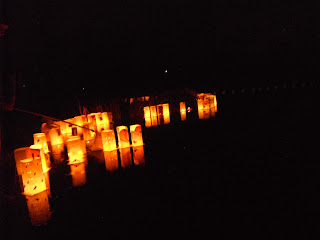 October 15th is Pregnancy and Infant Loss Awareness day. It is also the Wave of Light. Tonight at 7pm I will be participating in it by lighting a candle for Liam and Evelynn as I remember them and all the other babies who left too soon.

"If you know someone who has lost a child and you're afraid to mention them because you think you might make them sad by reminding them that they died, they didn't forget they died. You're not reminding them. What you're reminding them of is that you remember that they lived, and that's a great, great gift." -Elizabeth Edwards 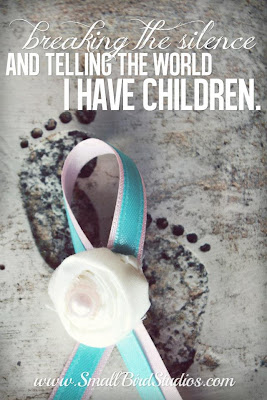