And Just Like That, The Sadness Returns & A BLM Get Together

May clearly sucked. June seemed to have gotten better, until now. It might have been that Dereck was home. Maybe because I had started a new workout/bootcamp routine and was feeling good about it. Maybe it was that we finally had sunshine and warmth. Which if you live in or near Anchorage, it is rare to have 70-80+ degree weather, and for multiple days/weeks on end at that. Who knows what made me feel better, but the fact is that those feelings of relief, less stress, and less worry are gone. Eveything seems to be making me cry this past week.

Their are few things for sure that I know have contributed to this.

First being that I was at a friends bachelorette party this past weekend, so of course their was talk of "when are you gonna start ttc" and "how many kids do you guys want"? Hearing this stuff still makes me just cringe. I swear I have even developed like a nervous twitch when I hear this sort of thing. No joke. The blm in me just thinks that this will be another person/friend that has their first baby before I have my first one even live long enough to bring home. I hate these thoughts, especially because I feel like I am just giving up on Max.

Then there is the other various blm's that I know who have recently had there rainbows. I feel so ridiculous and selfish that those jealous feelings take over, even with them. Afterall, they too have lost a baby and some I have even followed throughout their journeys. I guess I just get so frustrated to think that I lost my baby first, then lost my rainbow baby, and I am still trying to bring home a baby after all this time. Even one of my fellow uterine rupture babyloss moms, who lost her son right around the time I lost Evelynn, just had her rainbow the other day. I am happy everything worked out, she didn't rerupture, and the baby is healthy, but damn it already when is it my turn. Not that it's a competition, but still it frustrates me that I am still "here". I barely even take part in that group anymore because I honestly can't handle hearing of more losses, but even more so hearing of my pregnancies and births. Same goes for the surrogacy groups I am in. I suck:(

Then, I have been trying to slowly work on getting the nursery in order and organizing all of Liam and Evelynn's stuff. I can only handle going in the nursery for a short period of time before I just have to get out. It overwhelms me so much still. It's a different room, but still has lots of memories and sadness tied to so many of the items in it. I want to finish it for Max, but need to find away to work in it without my thoughts taking over. I also got all of Liam and Evelynn's stuff out of the nursery and together, and have been trying to sort through it to decide what I should throw away and what I want to keep. So much of Evelynn's stuff I can't part with yet, plus I still need to do her scrapbook and want to hold onto a lot of stuff for use in that. Liam's scrapbook is done but I still have had the majority of the papers I received at UCSF and from various other places about babyloss and grief. I finally got myself to throw most of that stuff away and will donate the books on grief to Hospice probably, which I did with a few others I had in the past. Why I still had so many random papers from the hospital, I don't know. Some I had never looked at and some I felt the need to hold onto in case I needed them again-ugh. I cried almost the entire time going through this stuff:(. At any rate they are all in the garbage now. I am expert in babyloss, what do you want to know?! The sad thing is that I bought a couple boxes, that I thought were to small at first for all there stuff, but now that I am going through it and discarding all this random stuff that really has no meaning, the boxes seem empty, and I guess I don't have as much stuff of their's as I thought. Boo:(.

I also hate that reaching 24 weeks bothers me. Most people assume their pregnancy will work out once they get a heartbeat, others one they reach the 2nd trimester, and then usually once they reach viability most figure things are good to go and that baby will be here, alive, healthy, and home in no time. Me, I am officially scared now. I hate the last half of the pregnancy. We are a little over a week away in Max's gestational number of weeks that Liam had fetal surgery and died. As far as we know he is healthy and fine, so was Evelynn at this time, but it still irks me. I have been doing good with not bugging Jessica but not I am worried and almost want to get an update from her everyday. It's becoming more real now, especially now that I am working on the lactation side of it. Ahhh! Approx. 3-3 1/2 months to go. Breathe, breathe, breathe....

Dang, I just got my period. Well that's not helping......but I do feel a little better for venting.

I wasn't there, but want to post a little about it since my amazing blm friends tried to include me and my babies the best way they could.

I so wish I could've been there with my Evelynn.

The weekend of June 7th, 8th, 9th many of my fellow blm friends got together to finally meet after blogging these past couple years since they lost babies. I loved looking at their pictures and seeing all the rainbows together. It was great seeing all the mommas together as well. To finally meet IRL a group of people that truly understand the hell they have gone through and the joy that their rainbows have brought into their lives. I hope next year I can be their with my rainbow Max. I love the way that Brooke wrote about the weekend.

Thank you for including my babies by lighting a candle for each of them. Keleen shared this picture with me that she lit candles 4 and 5 for Liam and Evelynn. 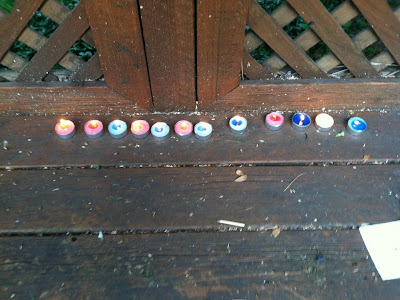 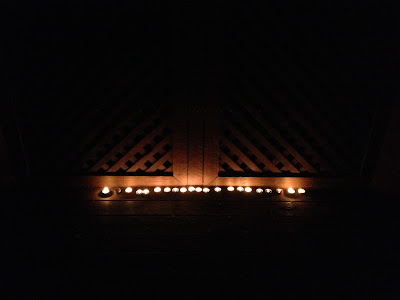