Here I am finally getting around to writing and saying yet again that I need to write more often, but rarely do. I started a post back in December and now am determined to finish it so I can get my post out about what has been going on these days with our family. Which I will say the reason I am up late writing this is because I can't sleep and am nervous about what's going on with Max right now.

The first months of Max's life were hard. Hard because I was scared he was going to die too. Hard because he was always so upset and looked like he was in pain and we didn't know what to do for him. Hard because though I knew he was my son, I had a hard time bonding with him. It was also hard because I was really thinking of Evelynn all the time.

A lot has changed since then. We of course now know it was the dairy that I was consuming that caused him so much pain. Luckily we figured that out before too long and between 2 and 3 months I had my diet under control and he was so much happier. Overall I'd say he's just a pretty happy baby in general these days.

The fear of him dying is definitely still there, and I don't think its going to go away anytime soon. I still check on him continously to make sure he's breathing. I'm talking all the time. If he falls a sleep in his swing, bouncer, carseat, his carrier on walks, and even in his crib and that has his SIDS monitor under the mattress. Back in December I believe I had my first real scare. It was 2am, I was up pumping, and Max was asleep in his crib. The monitor went off letting me know there was no movement in the crib=baby not crying, holy shit my baby is dead. I fly up as fast as I can to get to him. To make a long story short, I had him in my arms yelling at him, crying, saying is this really fucking happening to me. He wouldn't wake up. I tried searching for my phone to call 911, but of course it went flying when I got up so quickly. With one hand I was looking for that the other I was doing some really sloppy CPR. I am trained to do it, but clearly I now know when I am in a panic state with my own baby, everything I learned went out the window. When I finally found my phone and wanted to dial  I went to move his limp body, at which point I accidentally smacked it on the ground, and he woke up screaming. It hasn't happened since, but I was pretty certain my baby was gone.

I would say that once he reached 3 months the bond I had with him definitely grew. I don't even have the words to describe how I really felt, but it wasn't like the feelings and instant love that I had with Liam and Evelynn. Maybe its because I didn't carry him. Or, maybe its because my heart was worried that he would be gone soon too, and was easier to not get too attached. All I know is that I am so love with that little guy. I love his smile and his laugh. I love how we sleep in in the mornings together, and yes I bring him into bed with me in the mornings even though I always tell myself ot probably isn't the smartest idea. I love watching him grow and how now when I hold him he wrapd his arms on me like he is giving me hugs. He has me wrapped around his cute little finger. I just love him.

Saying all that, I do still miss my daughter and the chance to raise my girl. Not that those feelings ever went away, but they hit me really hard after Max was born thru around Christmas. I know Evelynn isn't coming back but I am determined somehow, someway, I am going to have a girl to raise. I need at least that. I have amazing blm friends, we have what we call our "tribe", they were so much help through Max's pregnancy in keeping me somewhat sane. Many of them are now pregnant again or just gave birth to their second rainbows, many of which are girls. Of all people to be jealous of, it shouldn't be them, but I have been. I should be overjoyed with Max being here, but so much of my thoughts for awhile were filled how my daughter should be here and it isn't fair that all these girls are on their next rainbow, when I just got my first,  and of course their girls. The pain and so much of the blame is still there. Some days it just eats away at me. Some days I have gone as far being determined that at Evelynn's 2 year anniversary we are getting pregnant again because I need to try for my girl. Now thats scary, but then I know getting a gestational carrier again isn't exactly cheap. Although I think if we could afford it again I could possibly make it so that the embryo(s) we transfer is/are a girl(s). I have thought about this all so much and definitely still have a pretty broken heart over my baby girl dying. I am trying to fidn that balance between still grieving her, put those next baby thoughts a little more at ease for now, and just try to enjoy every moment I can with Max. It's not always as easy as one who hasn't lost a child thinks it can be.

Alright well that's a lot off my chest for tonight. I'll try to update the rest about us/him by this weekend.  I promise. Maybe if I say that I'll actually do it then. I leave you all with a few pictures of the cutest little boy ever. 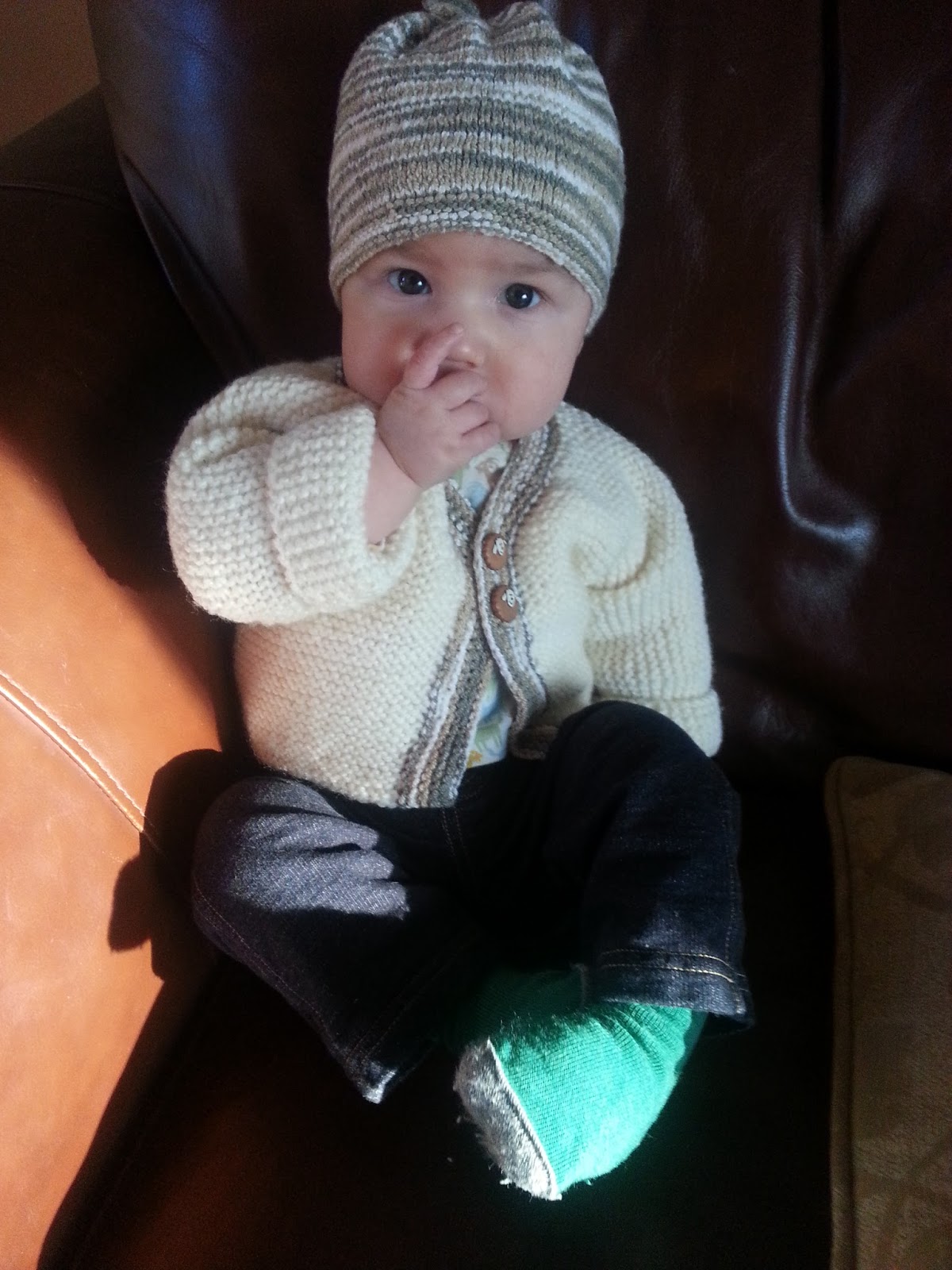 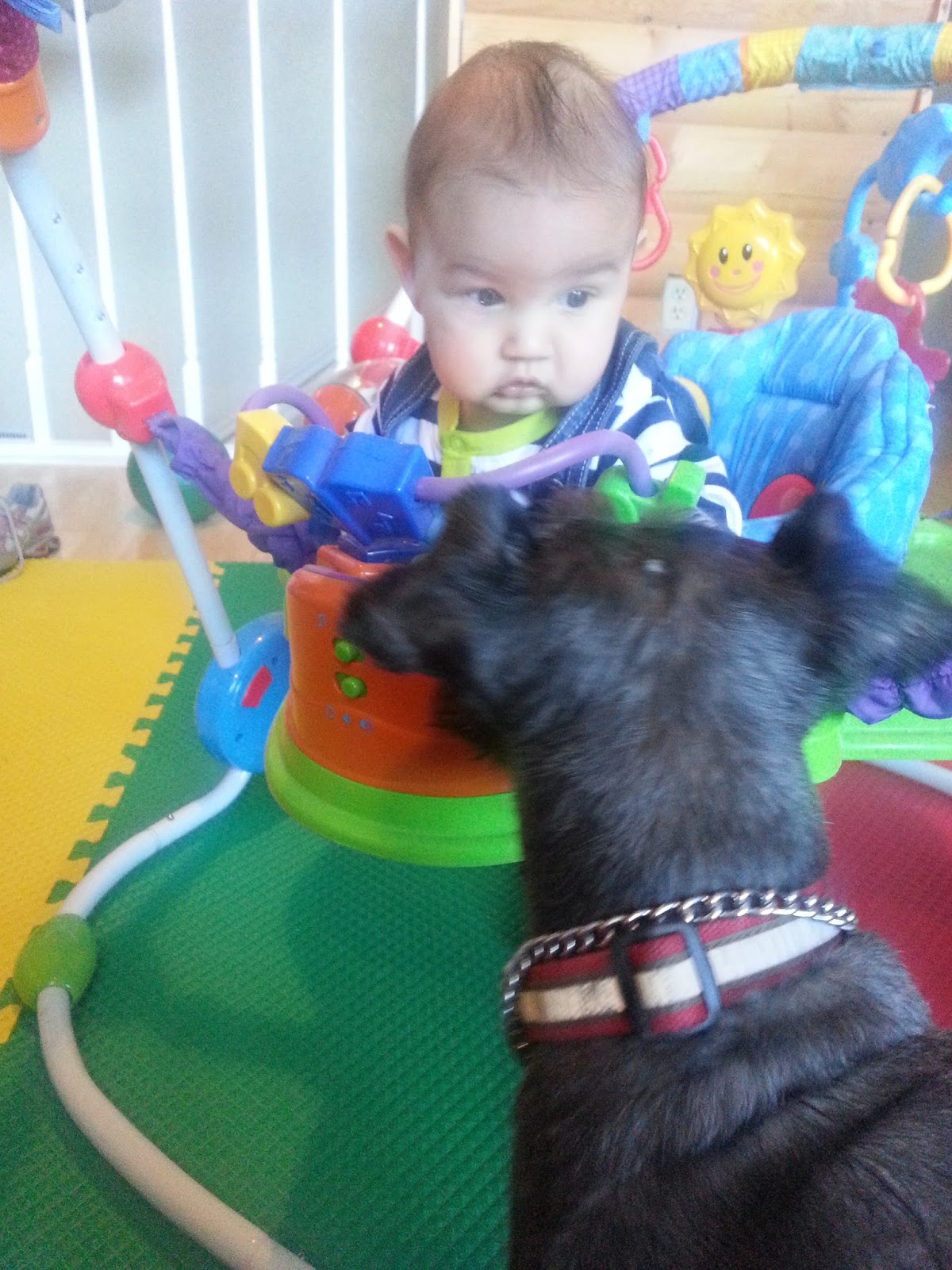 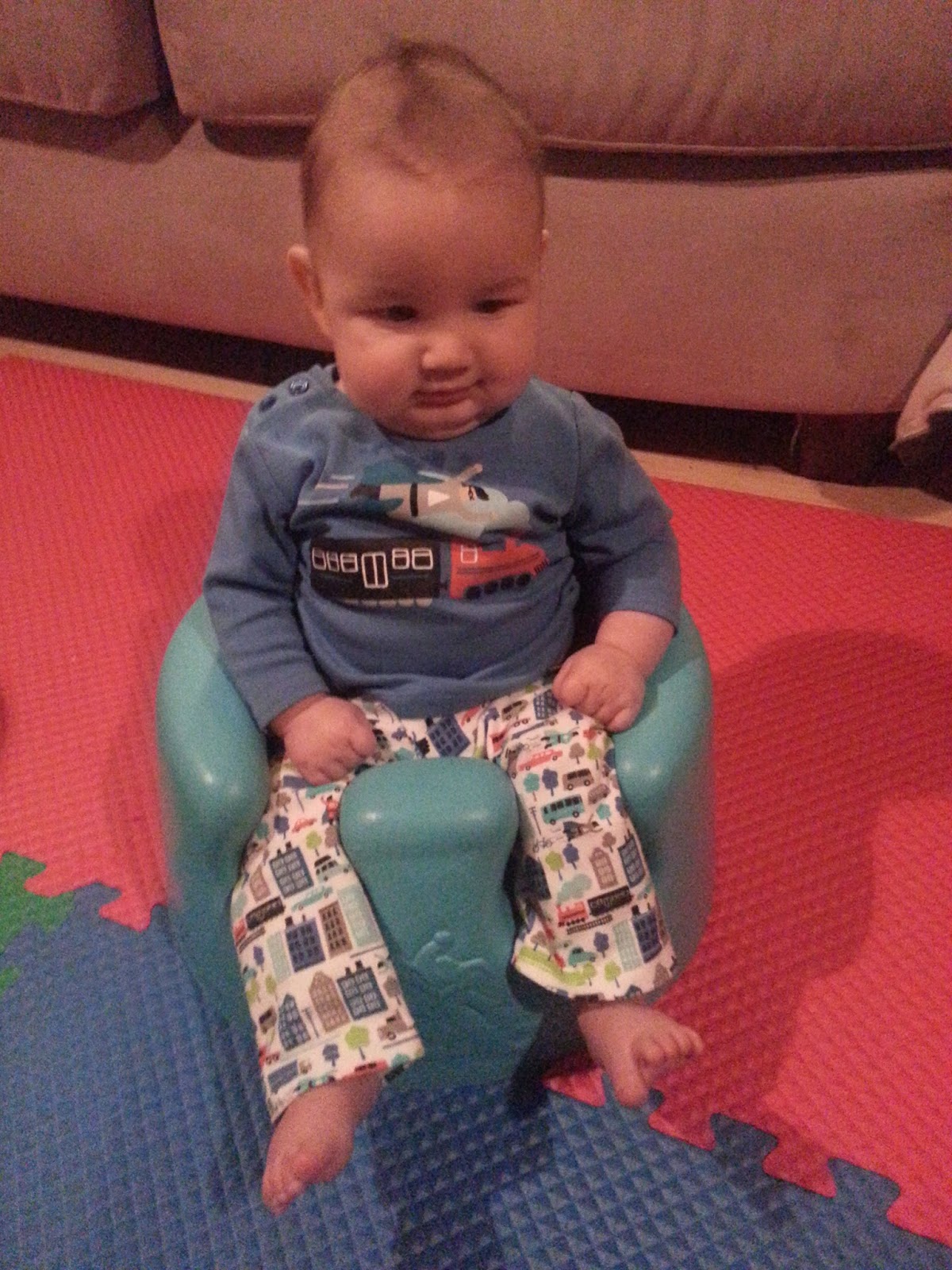 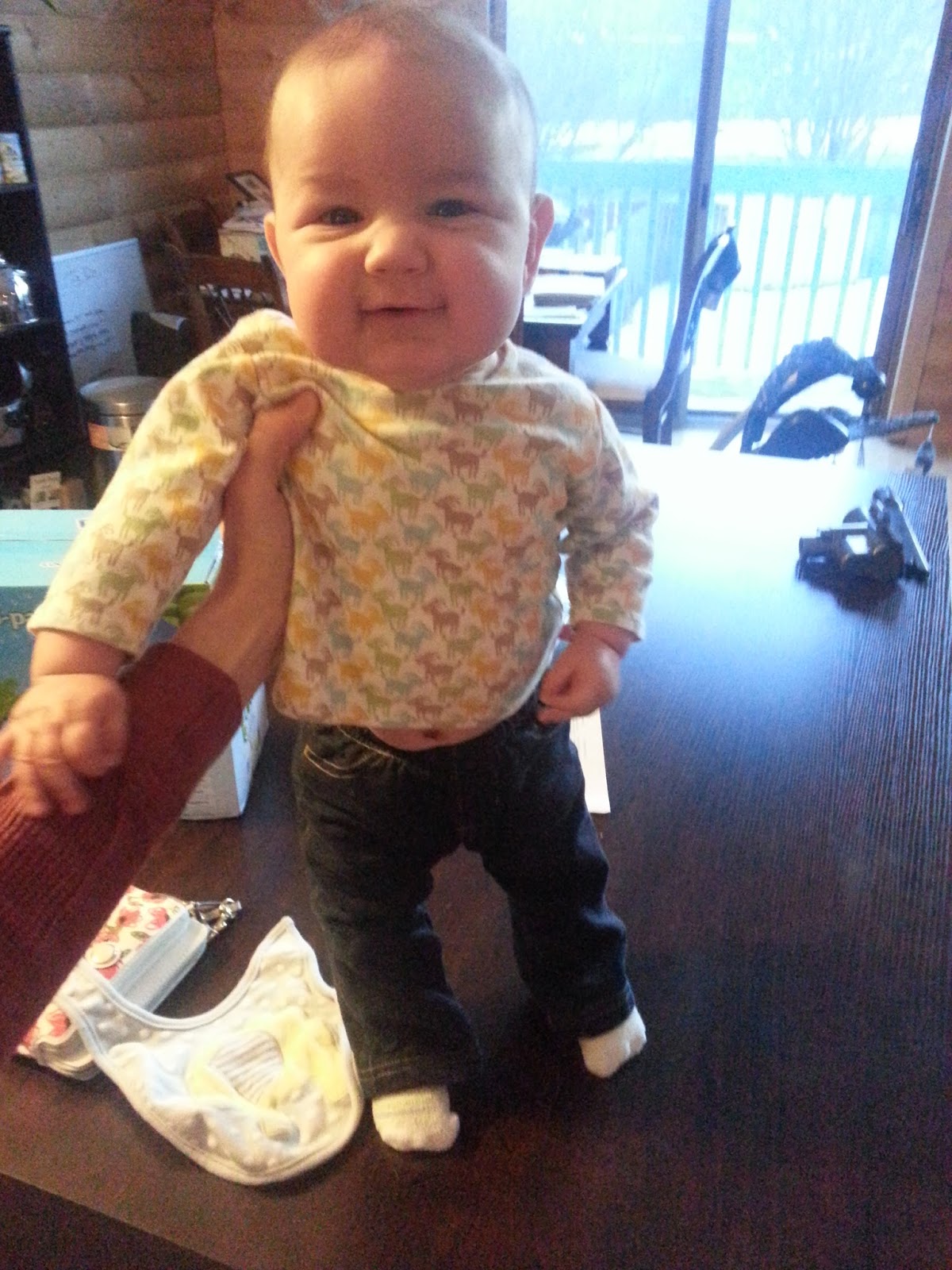 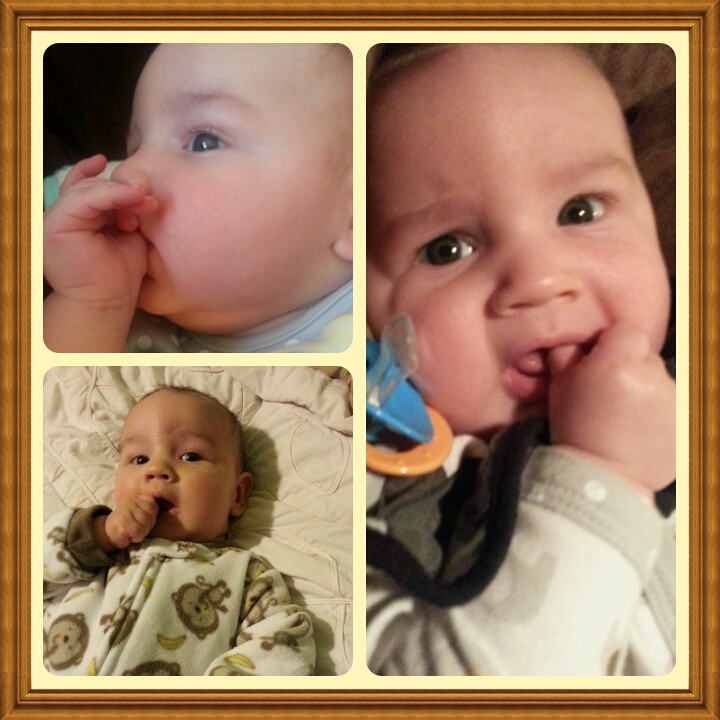