It's been awhile since my last update, but not much has happened other than a lot of waiting.

Next on the list of things to get done was for me to get my u/s to get my ovaries accessed for the egg retrieval. My RE's office wanted me to schedule the u/s on cycle days 1-3. I stopped taking the birth control I was on while I was pumping and waited and waited and waited some more for my period to come. I should've know better than to think this step would have been an easy one to check off the list, afterall, one of my biggest issues with getting pregnant was that I never got my period and never ovulated without the help of medication.

After waiting for a couple of weeks and still no period, my RE's office put me on Provera for 10 days to force my body to get a period. The Provera has worked in the past, but not this time. On October 4th my RE's office said to just go ahead and get the u/s even though I never got a period. I was told that my lining is probably just really thin because of the Mocronor birth control I was on while pumping. That same day I also got my infectious disease panel done and put on the birth control that will be used for getting my cycle matched up with our carriers.

So I don't know why things just can't be easy but somehow there was an issue with my clinic up here getting the images to my RE's office. I was trying to be calm about it, but it was driving me crazy and we couldn't move forward until my RE saw those u/s images. Finally almost a month and a half after I got the u/s my RE was able to see those images. I was starting to freak out and was pretty certain that we were never going to make the January cycle because nothing works out for us. Like I said though, after waiting for what seemed like years, I got the call yesterday that everything looked good and we can keep moving forward.

Next on the list is for me and Dereck and Jessica and her husband to get appts with the social worker. Jessica still needs to get her infectious disease panel done and then Dereck is supposed to get another one done in December. We also have to get our contract wrapped up by the end of the year.

I have spoken with my lawyer and he wrote up a contract for us. I reviewed it, made some changes, and now it is with Jessica and her lawyer. So many parts of it seem unnecessary, but I get why they have them in there. I guess it could happen where the intended parents(Dereck and I) decide they don't want to pay the carrier's medical bills or they don't even want the baby in the end because of some sort of medical issue. Which is totally F'd up, but I guess its happened.
That's all for now. At least we are still moving forward and hopefully I will have a date for the egg retrieval soon. 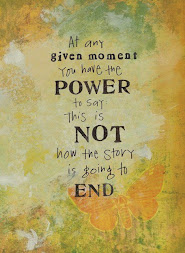