I know this is Happy List Saturdays and there is more I could talk about that has made me happy this past week, but the talk with my Ob doctor the other day made my day and week.

Now I know I have to wait a couple months till I can get pregnant again but really want to get my body on the right track so hopefully we have the best chances of getting pregnant when the time comes,  so I had a nice long talk with my Ob doctor a few days ago about this.
I asked her if their was any chance she would be okay with us trying to get pregnant in June versus July, July 3rd would be 6 months, but I don't want to be on the exact same path as I was with Liam if a pregnancy did happen. I also do not want to wait until August either because I am antsy and want to get pregnant now, and if it doesn't happen in June then August might have to do. She said she would prefer if we waited till August but is willing to do an IUI for us in June. Plus Dereck works the first few weeks in June so the soonest we can do anything is within the last few weeks of the month anyway which will bring us pretty close to the 6 month mark.

So to prepare for this I have started taking "the pill" so that I can hopefully get a period and then actually ovulate. I always thought it seemed funny when my doctor put me on the pill when I was trying to get pregnant last time. It made sense once she explained it to me saying that the only way I can ovulate is if I have a period and since I've barely had a period in years that I probably also haven't ovulated in years. Stupid body of mine, learning that I haven't probably ovulated in years was the last thing I had wanted to hear when Dereck and I had been trying so long to get pregnant. Well not this time, this time I am getting ahead of the game, and my body better cooperate.
I will be taking "the pill" until about one week prior to Dereck coming home in June, so around the weekend of June 11th and 12th. It really sucks to have to plan this around my husbands work schedule, because if I actually ovulate and he's gone, well that isn't going to do us any good. Once I get my period I will start the chlomid again, followed by me giving myself a shot in the butt and then the IUI a few days later. This of course meaning that the ultrasound and follicles look good or its a no go. Sounds like a good game plan and praying it works for us the first time this time. 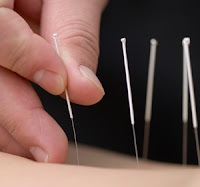 I was looking back at last year when we did our first IUI. April 14th we started chlomid and did the IUI on April 27th. We didn't get pregnant, again, which sucked since I was praying the IUI was the answer since we had been trying without that for the 2 years prior. Figures my period didn't come the next month and so I had to get back on the pill. On July 5th I was finally able to take the chlomid again. Right after I did the chlomid I also started doing acupuncture. I had heard good things about it and anything that could possibly help get us pregnant I was up for trying. On July 20th I went in and got the 2nd IUI and YES, it worked. Don't know if the acupuncture helped or not but maybe I should do it again this time just in case.
So we have about 2 months till we do the IUI and for me to try and get my mental and physical health where it needs to be and get myself emotional ready to handle another pregnancy. I know I'll continue to grieve for Liam through another pregnancy and also be nervous as hell hoping that their there will be no birth defect, stillbirth, or uterine rupture either. The question now is how to find some peace with all of this so that I don't put so much unneeded stress on a new pregnancy. I guess I have a few months to try and figure it out.


I just want to add for any stillbirth moms out there to check out this link
http://thegreatumbrellaheist.blogspot.com/2011/04/on-death-and-taxes.html
I have been reading the mom's blog for a quite a few weeks now and love her posts, but this one in particular  relates to having a stillborn child and taxes and birth certificates. I liked it and thought I'd share it with the rest of you.
Posted by Becky at 8:37 AM