Today is Christmas Eve. It also marks 8 months since my baby girl passed away. I am not really in the Christmas spirit this year and barely did anything Christmas related. I didn't set up a tree or any decorations. I feel bad not getting Evelynn a stocking or an ornament for the tree, but I just couldn't bring myself to do it. I don't know how I managed to do it last year for Liam. I suppose its because I was pregnant with Evelynn. Today Dereck and I spent the day baking and tomorrow we are going to some friends house for dinner. Last weekend we went to my work Christmas party and surprisingly had a lot of fun. I also bought some presents for the kids on the Salvation Army tree. You will never guess the names I picked. They couldn't have been more perfect.

Merry Christmas Liam and Evelynn,
I love you and miss you always my sweet babies. 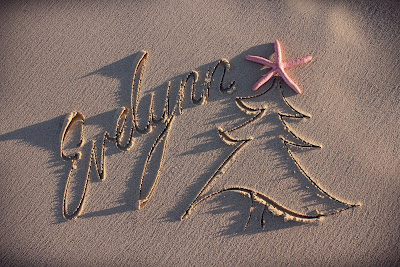 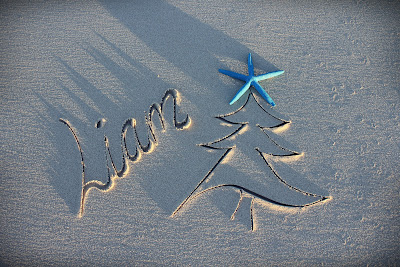 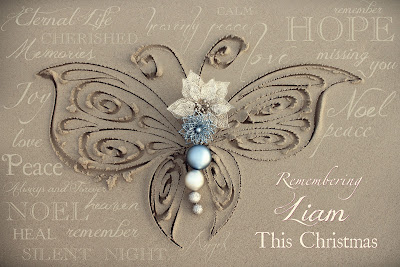 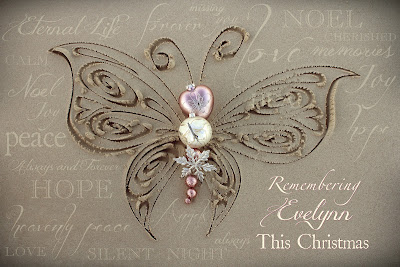 Also, I want to thank all of you that have been there for me these past couple years, especially the ones who have since gone on to have their rainbows and still keep in touch. Your friendship and support means the world to me. Thank you for remembering my babies. I just hope you all know that even though I rarely comment on any of your blog posts, I still read them and think of all of your babies often. So today and always as I remember my sweet babies Liam and Evelynn I am remembering your sweet babes as well.

First off I will just say thanks for all the sweet comments on the video I made for the "I Believe" free IVF contest. The voting starts today and ends on Friday. Here is the link so you can go vote, and if you could share it with all of your friends, that would be great. It is going to be in the primary infertility category under the Rasmussen Family Becky and Dereck. I believe you can only vote twice from the same IP address.

November 30th-December 3rd
I got my blood drawn on November 30th to check my prolactin levels. Then I had to wait the whole weekend until Monday to get the results. I was antsy and couldn't wait to hear the results, so I called the lab directly and had them fax them to me. My RE wanted my levels to be under 20. My prolactin level was 132.5. Fuck! I threw a huge tantrum and then called my nurse at our fertility clinic.

My nurse said that she would give the results to our RE and then get back to me on what he wants to do. When she called back she said that if I was going to be the one carrying the baby there is no way we could do the January cycle with my prolactin levels the way they are, but since Jessica is going to be carrying our baby(s) there is a chance this could still work. He said he needed some time to think about this and would call me the next day.

December 4th
Tuesday came and I had really hoped my RE would call me right away in the morning, but of course he didn't. He finally called at around noon. He said that he can't believe I didn't stop pumping until September and said that I was supposed to have stopped sooner than that. I was a little angry hearing that because, as I said in my last update, that when we first met with them he said I would be fine pumping as long as I stopped 8 weeks prior to the start of the meds. He also went onto say that he is frustrated that he is first hearing now that I have had high prolactin levels before and have taken meds to lower it. He said if he would've known that he would've checked my levels sooner. Last time I checked he is the fricken doctor and I am the dumb patient. Am I right? Why would I have ever thought to bring prolactin up to him? I didn't even know prolactin played as big of a role in getting pregnant as I do now. Ugh!

So since my prolactin levels were so high and I am neither pregnant or nursing he said I needed to get a pituitary MRI right away to make sure I don't have a tumor growing. Luckily, since I work in the medical field I have great connections and was able to get squeezed in for an MRI later that day. I also know the Radiologist, so after the MRI I asked him to look at it right away. He said he doesn't see anything but is going to send the images to his friend who is a neuroradiologist and looks at these things all day. They were having some computer issues though, so hopefully I will know the final result this week.

My RE then put me on Dostinex. He also changed my birth control pills because the estrogen based one I was on can apparently raise prolactin levels as well. I have done so much research on prolactin my head hurts, but I am trying everything I can to lower my levels. I have learned that Zinc and B6 apparently can lower prolactin so I am consuming a lot of it. I wonder if its possible to overdose on them?

That same day, after talking with the RE, Dereck and I had our counseling appt. for this whole process. I had to share our story and why we are using a carrier. It went pretty well I guess.

December 5th
The next day Dereck needed to get another infectious disease test done. This was a whole other issue we are having with our fertility clinic. They apparently couldn't find a clinic in Alaska to run the tests Dereck needed. Which doesn't make sense to us. Seriously, this whole satellite clinic crap that is supposed to be sooo convenient is such a bunch of bullshit! Our clinic even sent my Ob doctor a fax saying she needed to find a place to get this stuff done. When I talked to my Ob she seemed rather confused about this as well. What's so special about there lab that one up here in Alaska can't do? In the end the clinic just shipped us the tubes that were needed for Dereck to get his blood drawn and a urine sample. We then took it all to FedEx and shipped it to MN to there preferred lab to run it. Hopefully it all made it to their lab and looks good. otherwise Dereck might have to fly there to get them done again. So dumb!

I believe this past week Jessica and her husband got their infectious disease panels done as well.

Yesterday I got an email from my lawyer saying that he spoke to Jessica's lawyer about the contract. So today I will be calling him to discuss the changes that they want made. Hopefully by the end of this week or at the latest next week the contract will be complete. Then the only thing left is waiting on my prolactin results.

December 20th I will be getting my prolactin level checked again. My RE said that if it shows a significant decrease then he feels we might be fine to go ahead with everything. I really hate all this waiting and that's all I seem to be doing these days. I kind of feel like I want them to just tell me too bad and that we have to wait until March. I feel they are just giving me this false hope and just letting me think their might be a chance when their really isn't. At any rate, I will just keep taking my Dostinex and doing whatever else I can do to help lower my prolactin level. Oh and apparently stress can raise prolactin......crap.
Posted by Becky at 10:25 AM 5 comments:

Even though we are already working with a fertility clinic, I decided to make a video for the "I Believe" video contest through Sher Institutes. They are giving away a free IVF cycle at one of there many clinics. The clinic we are already established at isn't one of them, but if our clinic doesn't end up working out and we win this, I would definitely make the switch.