Like with Liam's name, Dereck and I wanted our baby girl to have a name that was not only a family name but also a name that had meaning. From the beginning of our pregnancy with Evelynn we had talked about possibly calling her Lynn. Lynn is my dad's name and I have always liked the name Lynn for a girl as well. Dereck had also liked the name Lynn but had wanted a name that was a little longer and then for short we could call her Lynn. We went through many names and there meanings until we came across Evelynn. When we saw Evelynn it seemed all too perfect, for Evelynn meant both LIGHT and LIFE. How fitting would that be? From that point on all I could think about was how Evelynn's name when thinking about it as meaning light was how she was slowly bringing light back into our lives after so much darkness. When thinking about it meaning life, all I could think about is how she was going to be the one who lived, and also whose life brought me back to life. I have thought about the meanings of her name so much since she has passed away and the hope I held with it.
A few days after her passing I also learned that my grandmother's middle name was Evelynn. My dad's(Lynn) mom passed away when I was very young, but the name seems to hold even more meaning to me now. Once she was born we could tell right away, she was definitely an Evelynn.

Evelynn's middle name is Augusta. Augusta is an old family name on Dereck's grandmas side of the family. We liked the name but when we looked up the meaning we found out it meant magnificent, we knew right away then that it was perfect and would be her middle name.

So there you have it: Evelynn Augusta- Magnificent Life(or Light). 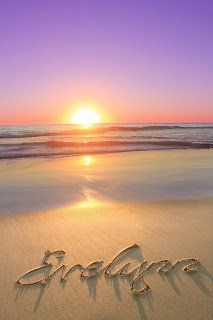 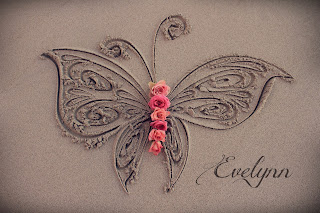