Memorial weekend 2007 Dereck and I drove up to Alaska from Minnesota. Here is a little glimpse of our life. 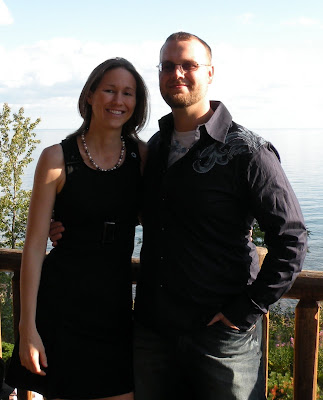 I met Dereck in my home town in Minnesota at a local bar shooting pool in 2005. I was finishing my last few generals at the community college before heading off to radiography school, and he was going to school for NDT. I was at the local bar celebrating my 25th birthday with some girlfriends and shooting pool. I went to shoot the 8 ball in when this guy, Dereck, walks up and puts a $3 bet on the table that I wouldn't make the shot. We started dating shortly after that. 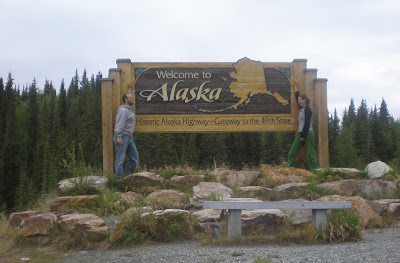 I had 2 semesters left of college when Dereck decided to take his job on Alaska's north slope. The next 8 months were rough since I was only seeing Dereck about 3-4 days a month, but we made it work. When I finished college the following spring Dereck asked where I wanted to live and I decided Alaska sounded awesome. We moved there about a month and a half later, on Memorial weekend of 2007, taking only what we could fit in my Jeep. We also got to drive on the beautiful Alcan Highway. 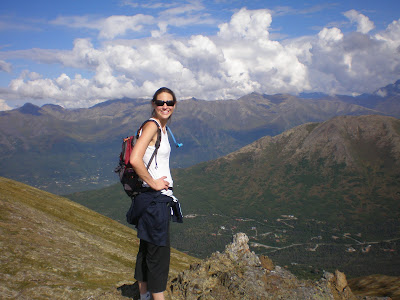 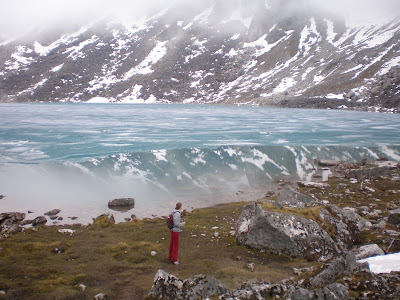 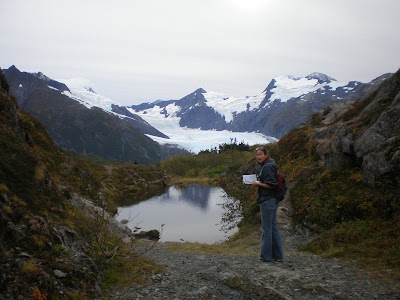 I fell in love with the state instantly. I have been in the best shape of my life since moving here. There are tons of places to hike, bike, ski, run, camp, fish, etc., and the 20 hours of daylight in the summer are awesome! We have tried to see as much of Alaska as we can, if your not aware this state is HUGE! I just love it here and have made some amazing friends.
J 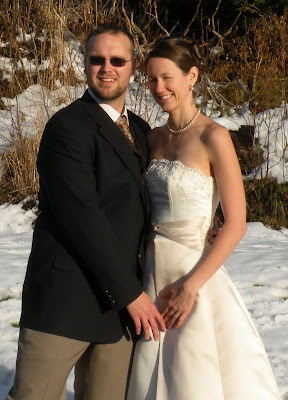 We got married on October 18, 2008 in Alaska. Our only guests were a few Alaskan friends, no family. It was small, but that's all we wanted. One day we might have a reception back home for all of our friends and family. The doctor that I work for was also the one who married us because anyone in the state of Alaska can marry a couple one time, and that sounded pretty cool to us, so that 's what we did.

We bought our first house together in 2009 and have no plans of moving yet. We have two dogs dogs; Sadie my sweet Airedale and Kodiak my Miniature Schnauzer who suffers from some serious small dog syndrome. They are family and go everywhere with us.
We wanted to have kids and started trying right way. Between trying to get my body to actually function to ovulate, getting my cycle to work with Dereck's work schedule, taking chlomid, and two IUI's later we were finally pregnant with Liam. Check out Liam's story if you haven't already read it to get the full story.


After 6 months of waiting, like the doctors wanted, my husband and I started ttc again. On our third month of ttc we became pregnant with our rainbow baby. She was completely healthy and perfect in every way but my uterus ruptured 6 days before my c-section date, on 4-22-2012, leaving her brain dead. Two days later, on 4-24-2012, we pulled her off of life support.

We are devastated at the loss of both our babies and will forever grieve and miss them, but with the help of our amazing gestational carrier Jessica, we were finally able to bring home a healthy baby boy Sept. 26, 2013. 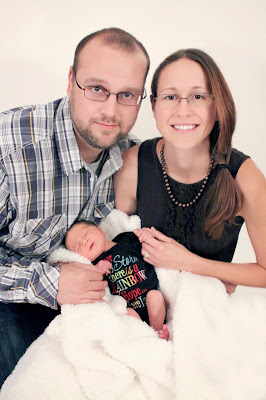