This should have been the day that I went in for my scheduled c-section and would finally get to hold my baby girl in my arms. Instead this day turned into the day of her funeral. 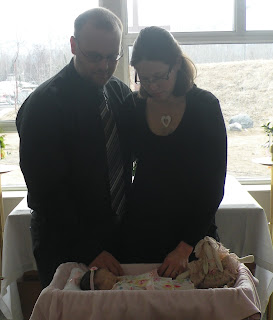 Even though this is not something any parent wants to do for there baby I knew I needed to give her the best funeral I could, with lots and lots of pink just for her. I am so glad that we did her funeral in Alaska. So many of our friends came to the hospital to meet her and even more came to the funeral. She sure has a lot of people that love her and will always miss her.

We had her dressed in pink tights with a pink onesie under a white dress with flowers on it. I also put a pink headband on her that looked great with her gorgeous head of hair.
The necklace below we got from the hospital. It has become my remembrance necklace for her. We placed hers on her neck for the funeral and she is buried with it as well. I have the larger heart that I also wore at her funeral, and burial, and will have to always remember her by. I love knowing she will always have hers with her and mine with me.

As we did with Liam we included some items in her casket for her to have. This included a bunch of pictures for her of me and Dereck, Liam, the dogs, friends, and Alaska. I also included this rabbit doll(below) that I got from my mom when I was child and had really wanted my daughter to have.

This frame below was one of the two we had out filled with her pictures. The other was of all of her NILMDTS photos. 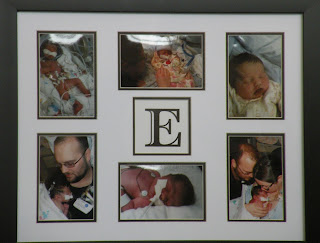 I read the quote/saying below. I read it often after Liam passed because I always had hoped that this is how it would be with Liam and now I hope the same for Evelynn.


Heaven
"They say that heaven is compared to 'the blink of an eye' for us on this earth.  Sometimes it helps me to think of my child running ahead of me through a beautiful field of wildflowers and butterflies; so completely caught up in what she is doing that when she looks behind her, I'll already be there."
Author unknown

Dereck's Grandma also spoke at her funeral. She spoke about the very first funeral she went to as a child and how much she loved it. After that funeral she had asked her mother about when they would be going to another one. Her mother asked her why she would want to go to another funeral. His Grandmas response was that she had never seen more people come together and show so much love for one another as she did that day at her very first funeral.
I loved what she said and I think it impacted everyone who was at Evelynn's funeral. I never thought about a funeral that way before, but I do now, because it is true. Some of our family flew up to come, close friends and other acquaintances, coworkers, people from my grief group, they were all there.
We have only gone to church a few times since living in Alaska. We had met with the Father once after Liam had passed and tried to attend Church more often, but it was just too hard for us to attend since there seemed to be babies everywhere. Now over a year later the Father was there for us at the hospital to baptize our baby girl and was willing to do her funeral for us. None of the members of the congregation knew us but came and provided food and beverages. The entire church choir came for her funeral as well. The Father said that in his entire time being at this church that this was the first time the entire choir ever came to a funeral.

I think that's "the feeling the love at funeral's" thing Dereck's grandma was talking about. There was definitely a lot of love there.

We included this poem in Evelynn's funeral handout:

Oh Mother, My Mother
I touch your tears,
invisible fingers soothing your skin
I know you think of me so often
in the day, in the night, in your dreams
going into an empty nursery
knowing I'll never be there
but I am...in your heart, in your soul,
I shall always be
for you gave so unselfishly of yourself
Inside of you, you created
such a world for me
a world of laughter, of love
of sadness, of sorrow
every emotion people come to know
you shared with me.
And even though I may never feel your arms around me
I felt your heart beating,
like a lullaby, singing me to sleep.
and your spirit giving me a safe haven
already protecting me, nurturing me
preparing me for things to come
But sometimes the journey of life pulls souls apart
and yes, I had to go on to another place.
I wish I could stay
I wish this was a decision I could make
and I know you do too.
Know this, wherever you are:
I will always remember
that yours was the first love
the first joy, the first soul
I will ever know
you gave me the courage to
go on in my journey
I hope I can do the same for you
Your heart beat will always call me to you.

When we got to the church the morning of the funeral there was only one other person there and yet there was already a card in the box that was set out for cards. After the funeral that evening we went home and opened and read all the cards. I opened that "first" card last. The envelope and card were quite thick and when I opened it there was a $1000 cash and this letter. I bawled me eyes out when I saw this and just kept saying, "who does this sort of thing for someone they've never met"?
I hope one day I will have the chance to "pay it forward" as well.
This also got posted on my Facebook page after the funeral and thought I'd share it as well:
"Today I experienced grief, compassion and love expressed freely and openly among friends who are more accustomed to gathering around a campfire than a church. Witnessed the love and strength of a couple who have experienced the tragedy every parent fears not once, but twice in the last year. I pray for their healing." —from a friend

Overall, I think it was as perfect of a day as it could be for my perfect little girl.

May 16th, will forever be a sad day for me. This day, exactly one year apart from one another, we buried Liam and then Evelynn on.

Since I never got around to posting pictures of Evelynn's burial, and the 16th weighed heavy on my heart, I feel that this would be the perfect time to do it. 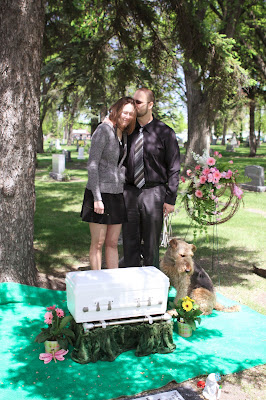 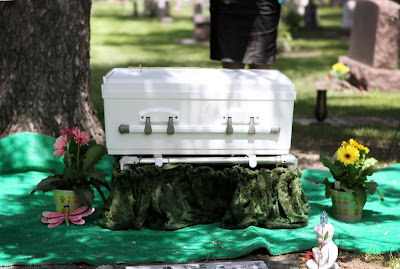 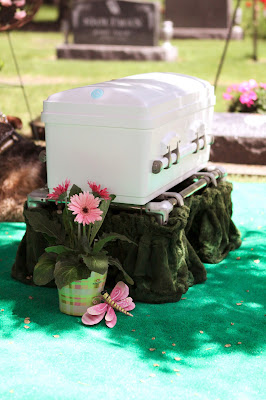 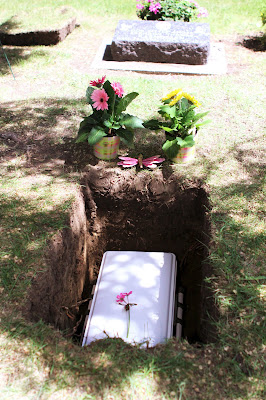 I sure do miss her.